Interoperability: the next step for mobile money in Africa

Retail payments are a major component of the digital payment landscape, especially in Sub-Saharan Africa. A digital wallet is much more beneficial when it can be used not only to trade funds among friends and family but also to purchase and sell goods. But in many countries where mobile money proliferates, merchants remain off the digital payments “grid.”

A major cause is the lack of interoperability: There is no common platform connecting all customers throughout the market that merchants can connect to as well. Customers and services stand apart in their own silos. Therefore, a repair shop or grocery wishing to accept digital payments must subscribe to one provider, effectively alienating the customers who subscribe to other services. These silos also keep money from flowing across borders, despite the fact that many in Africa have business and personal relationships beyond the citizens of their home countries.

Mobile money has immense potential for growth and financial inclusion.

Mobile money has immense potential for growth and financial inclusion. But unlocking its full potential depends on integrating retailers in the payment landscape and connecting customers on a wider scale. And that depends on interoperability.

From Included to Connected

With mobile money and other digital financial services, people can store money securely, spend it effortlessly, and afford the small fees charged by their providers. In Kenya, nearly 200,000 households emerged from extreme poverty after the mobile money service M-PESA was established in their communities.[2]

Interoperability is the logical evolution of mobile money markets. Essentially, it will drive growth through national or regional standardisation, a process we’ve seen in everything from electrical sockets and appliances to the common codes used in web development. When digital money is universally accepted, regardless of which particular service a person subscribes to, we can expect more and more people to sign up for digital banking services.

There is parallel logic on the supply side as well. Private sector providers who charge small fees for their services depend on high transaction volumes to make a profit. An interoperable scheme multiplies the number of other users a customer can transact with. This leads to more transactions per customer and more fees collected by the provider.

The inertia toward interoperability is very evident on the continent. Tanzania integrated payments among its mobile money services in 2014, and now one of those services, Airtel, processes more than US $16 million in cross-platform transactions every month.[3] A soft launch of the Southern African Development Community’s payments project, which aims to bring region-wide interoperability to its 15 member nations, is possible as early as June of this year.[4] Meanwhile, the eight countries of the West African Economic Monetary Union (WAEMU) are planning an interoperable system that will connect 110 million people across banks, financial systems, and borders.

The path to interoperability will be… enabled by national, regional, and commercial market infrastructures embracing principles of cost reduction, cost recovery, and cost sharing.

The path to interoperability will be unique in every case. But in broad strokes, every approach is enabled by national, regional, and commercial market infrastructures embracing principles of cost reduction, cost recovery, and cost sharing. Competitors must cooperate, recognising that a common platform serves the common good.

In that spirit, a number of non-proprietary tools are becoming available to help governments and businesses achieve interoperability at a national or regional level. Publicly available APIs allow providers to build digital bridges between their services. Our team at the Bill & Melinda Gates Foundation helped develop open-source software called Mojaloop, which can be used to build a central “switch” that verifies, routes, and settles payments between diverse players, including mobile money providers, banks, and merchants.

The next step for both the public and private sectors is to take advantage of the growing set of resources and best practices making interoperability attainable. Given the strong regional relationships in Africa, there is a particular opportunity to connect national infrastructures to enable cross-border payments. Using a tool like Mojaloop, countries can power and propel intra-region commerce without the need for a settlement bank off the continent.

As stated earlier, another important step is looping in retail. Currently, mobile money customers move cash in and out of their digital wallets quite often. But when digital payments are accepted by the vendors and merchants that customers depend on daily, cash will stay digital. That allows customers to fully utilise the speed and security of digital payments, as well as build a robust digital transaction history that can be used to inform new lines of credit, eligibility for loans, and other entrees into more advanced and helpful financial services.

With regional interoperability that includes retail, we can envision a real-time payment network spanning the entire continent, connecting all 400 million unbanked people who live there. This future is closer than it may appear. African governments, businesses, and citizens are already transforming their economies. The tide of innovation and progress will soon come to include—and benefit—everyone. 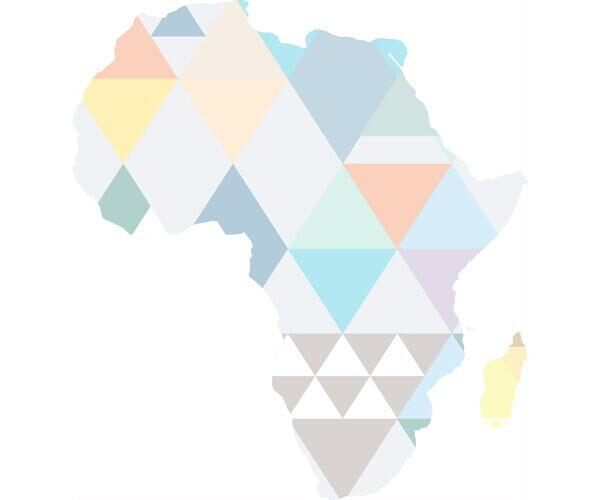 Insights from SWIFT in Africa

Register to receive exclusive updates and stay informed about on the latest news and events from...

Get personalised insights straight to your inbox